Click here to edit the Social Media Links settings. This text will not be visible on the front end.

Home Values are Going Up!

Homeowners were happy to read the newspaper headline this week that said "Seattle home prices jump" as reported in the Standard & Poor's/Case-Shiller home-price index just released. The 3% rise from February to March and 10.6% for the year was the biggest since April 1990 — that's more than twenty years ago! 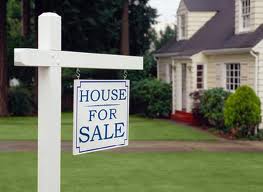 gures indicate that the housing market is steadily recovering, and it's an ideal time to sell your home, especially if you've been putting it off. So many people are waiting for the "right time," and it really needs to be based on what's right for you. Are you aware of how much equity you've gained back in your home this year? The number is likely to be higher than you think, and that could make a big difference in your plans. Both record low inventory of homes on the market and record low mortgage rates are contributing to rising house prices which in turn are boosting up your home equity.

One more reason to consider selling now is that appraisers are putting higher values on homes again, as Lawrence Yun, chief economist for the National Association of Realtors, says. Sales are not as likely to be derailed by low-ball appraisals as they were during the housing bust years.

If you'd like to learn about the value of your home in today's market, please call. I'm more than happy to do a complimentary market analysis, giving you a valuable piece of information to decide if now is the right time for you to sell!

Related Articles
Real Estate Market New Formula for Real Estate Excise Tax The Washington State legislature is changing the way real estate excise taxes are calculated. Currently the WA state rate is 1.28 percent, with most cities adding .50 percent for a total of 1.78 percent. The new formula will take effect Jan 1, 2020.
Real Estate Market September Stats Home Prices on Seattle’s Eastside have risen slightly from September of 2018. Seattle’s prices have decreased slightly year over year. The month’s supply of home inventory has dropped from September of 2018, still showing a seller’s market.
Real Estate Market An Eye on Mortgage Rates House buyers are are turning their jog into a run to get the home of their dreams, as competition in our low inventory market is being stiffened by rising mortgage rates. As an article in the Business Insider explains with easy-to-read graphs, the downward rates that we've experienced the last few years gave us an […]

Thank you for your inquiry.